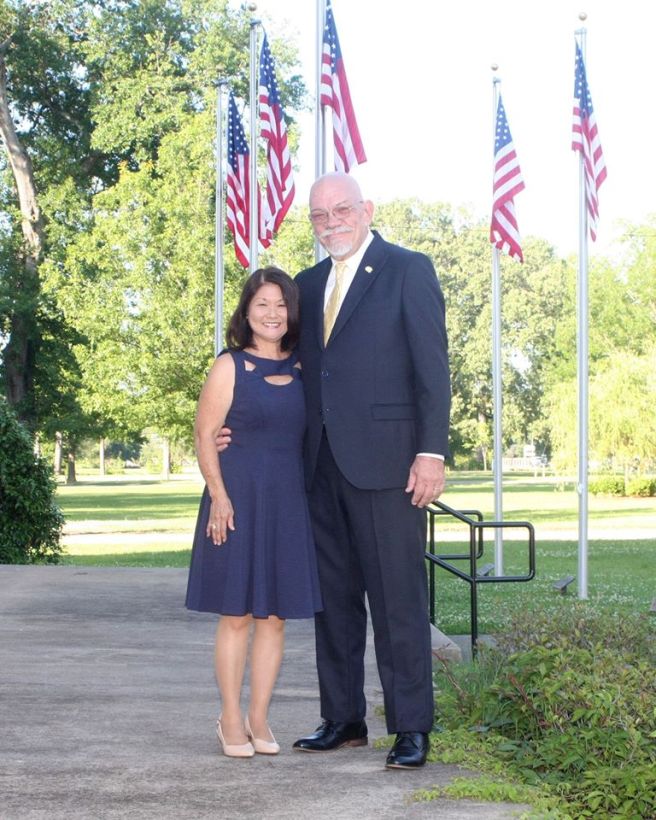 The pandemic highlights the inability of the Federal government to address emergencies and widespread economic pain, quickly, efficiently, and free from cronyism. At no point since the Libertarian Party’s birth almost 50 years ago, has the pain of the individual been more apparent, or more poorly addressed, by the Federal government.

The Libertarian Party must be in front of the pandemic crisis and provide leadership to the American people. Americans can address COVID-19 with humanity and grace without forfeiting our God-given civil rights.

I have more than forty years of leadership experience: Leadership as an officer in the U.S. Coast Guard who led the charge for accountability in that service’s hospitals and clinics. I was nominated as Federal Executive of the Year for coordinating response plans for natural disasters; Leadership as a NATO commander overseas during international crises; Leadership as the CEO of Habitat for Humanity in Hawaii; and Leadership in local politics, as a small business owner, and as a Minister.

One of my enduring lessons as a leader is putting service to others over my own ego. I believe in Servant Leadership as a radical departure from our current politics-as-usual.

Yesterday, we learned that Congressman Justin Amash has formed an Exploratory Committee to seek the Party’s nomination at the top of the ticket. Last week, we learned that Judge Jim Gray was also seeking the nomination. This is in an already crowded field. I welcome both candidates and their dedication to serving liberty and the American people.

Sometimes leadership means aggressive competition with others. But not in all circumstances.

Leadership also means not doing anything that causes harm to the party, such as splitting the delegation during a convention that will have its share of challenges related to lockdowns. Leadership means recognizing where my voice and experience can bring the greatest benefit to the Libertarian Party. Leadership means making decisions that serve our ultimate goals (freedom in our lifetime) over the ego boost that one gets being top of the ticket.

When thinking about what is best for the party during an uncertain time, when I have much to offer in response to the complex social, economic, and human issues related to international disasters, I had to make a choice.

Can I be heard in my campaign for President at the same time that we have a crowded field that includes Congressman Amash? And will my voice competing against Mr. Amash generate the greatest benefit for the Party.

After prayer and reflection with my family and my campaign team, we have concluded that I can make the biggest difference running for the Party’s nomination for Vice President instead.

As the Party’s Vice Presidential nominee, I offer you two decades of experience as a dedicated libertarian. I offer balance to the ticket because I came out of the Democratic Party, not Republican. I remain one of the most experienced candidates in the field. And that experience can be combined with the right Presidential candidate to make a passionate, eloquent, and powerful team, without giving up on our home-grown aspirations.

The time has come for the Libertarian Party to loudly make its case to the American people. Our rights are worth fighting for. Strong leadership does not mean authoritarianism.

Please join me, as I seek the Libertarian nomination for Vice President of the United States.